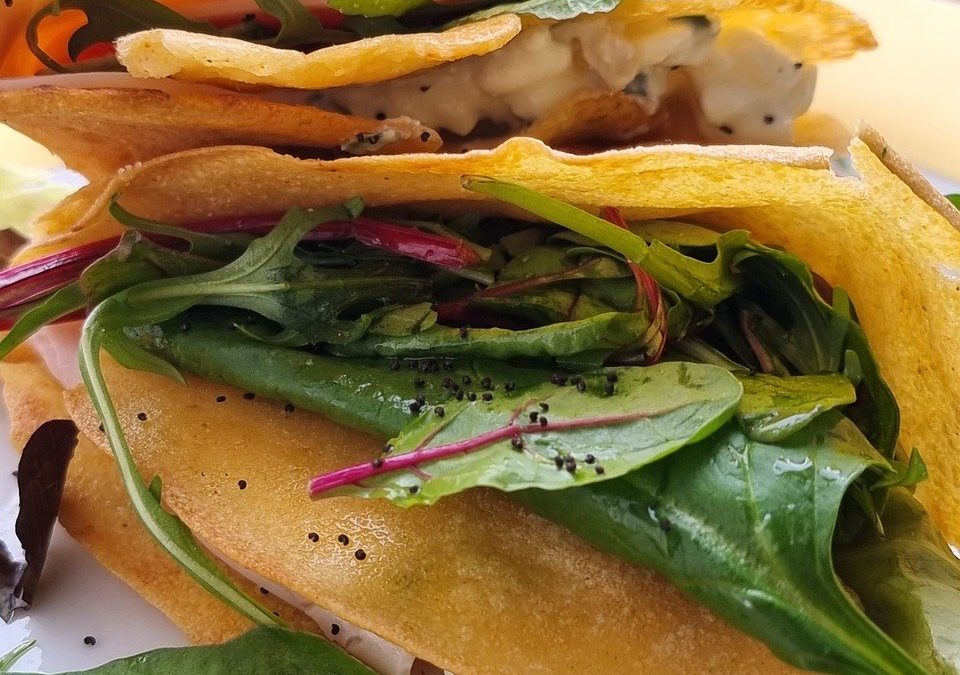 The “piadina romagnola” or “piada romagnola” it’s a simple ancient street food from Emilia Romangna, made with wheat flour, lard or olive oil, baking soda or yeast, salt and water. It was traditionally cooked on a clay pan called “teglia” (“teggia” in dialect), on a metal sheet or on a stone slab called testi (tëst in dialect). The piadina has been lauded by different poets, in particular by Giovanni Pascoli, famous Italian poet, who described it as the “national” Romagna bread. From then on, this type of bread is indissolubly linked to that part of Italy. Since 2014 the piadina is protected by PGI (protected geographical indication), that marks its cultural importance in this geographical area.

The history of this Italian popular dish can be traced back to the Etruscan population. Around the year 1200 b.C. the Etruscan taught the Italian local populations how to cook cereals and their culinary influence can be also seen in the Roman tradition. We have, in fact, many historical records of the Roman period of bread-alike dishes made with raw cereals and eaten alongside with cheese, just like today. Through the centuries the Piada has been an important part of the culinary tradition of the poor classes, thanks to its simple and economic ingredients.

At the beginning of the 20th century the Piadina had a great diffusion, especially during the 40s and 50s, when it started to win over tourists visiting Romagna. The popularity of the dish grew even more when many kiosks opened along the seafront and holiday resorts.

From the past to today

You will still find to this day kiosks where the piadina is still prepared in a traditional way, and people still like to eat it on the street, enjoying the sun and warm climate. Depending on the area of the Romagna where you will find yourself, you will be served a thicker piadina (northern Romagna) or a thinner one (Rimini). The filling might also be slightly different.

In the city of Rimini, you can also try the crescione, a dish similar to the piadina. Unlike the latter, the crescione is folded before being cooked and closed in the shape of a crescent moon, with the edges sealed well with pressure. The crescione takes is name by the herb cress, traditional filling of this street food.

Let’s have a look at how to prepare a traditional piadina!

Pour the flour on a pastry board. In the centre put the lard, previously cut into small pieces, the baking soda or baking powder and salt. Mix everything with warm water until you get a homogeneous and elastic dough.  Divide the dough into balls of about 150 g and roll them out with a rolling pin forming nice circles of dough. Sprinkle the rolling pin with flour from time to time to keep it from sticking to the dough. (The thickness is variable: it ranges from about 6-8 mm in the areas of Forlì and Ravenna to very thin (2-3 mm) in the Rimini area.) It is recommended to cook the piadina quickly, on a very hot pan, or on the appropriate “testo”, turning them with the tips of a fork clockwise so as not to burn them, so as to puncture even the slight bubbles that form, and turning them over when gilded.