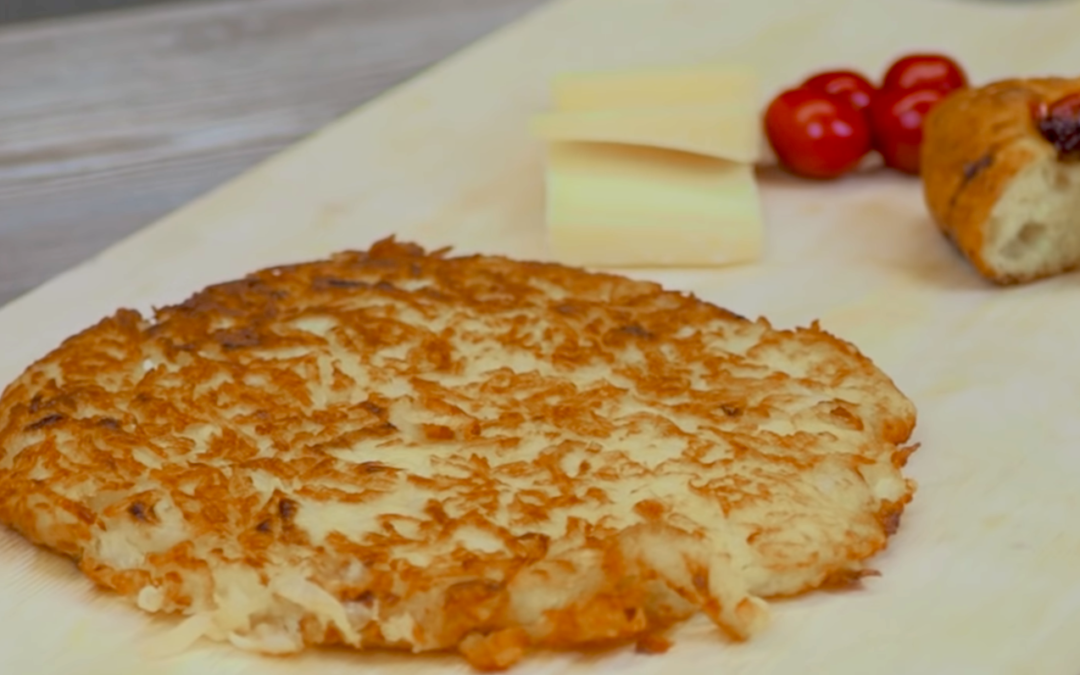 Traditional dish from the Friulian region

In the Italian region Friuli – Venezia Giulia an unique dish is known and appreciated by all: it is the so-called frico, a little pie of potatoes and cheese. It is known for the crunchy crust on the outside and the soft heart on the inside. This dish comes from the Frulian tradition and it is still nowadays the star of family reunions and parties. Originally, this dish was created to use the cheese left-overs, and it was considered as a meal for pauper people, in particular it was the lunch of woodcutters, easily transportable during the workday.

Frico is quite versatile: it can be tasted alone, accompanied by yellow polenta or cured meats as unique appetizer. The recipe is easy and fast. The preparation is about 20 minutes and the cooking 35 – 40 minutes. There are many variants, for instance some people add onions and other use butter instead of olive oil. Another variant excludes potatoes from the recipe and use only cheese: the result is crunchier. Here we suggest a variant with a typical cheese from the region Friuli, Montasio, but any other kind of hard cheese is perfect for the recipe.

Firstly, wash and peel the potatoes, let them dry and grate them in pieces. In the same way, grate the cheese. Warm the oil up in a spacious pan and add the potatoes. Mix and let it cook with low fire for 10-15 minutes, until the potatoes are soft. Add the cheese, the salt and the pepper. Mix until the ingredients are amalgamated.

Keep on a low – medium fire and mix from time to time. When the cheese is completely melted, increase the fire and let it cook until it forms a golden crust on the bottom. At this point, turn the frico and cook also the other side until the same golden crust is done.

Put the hot frico on a plate, cut it and serve it still warm. Enjoy!