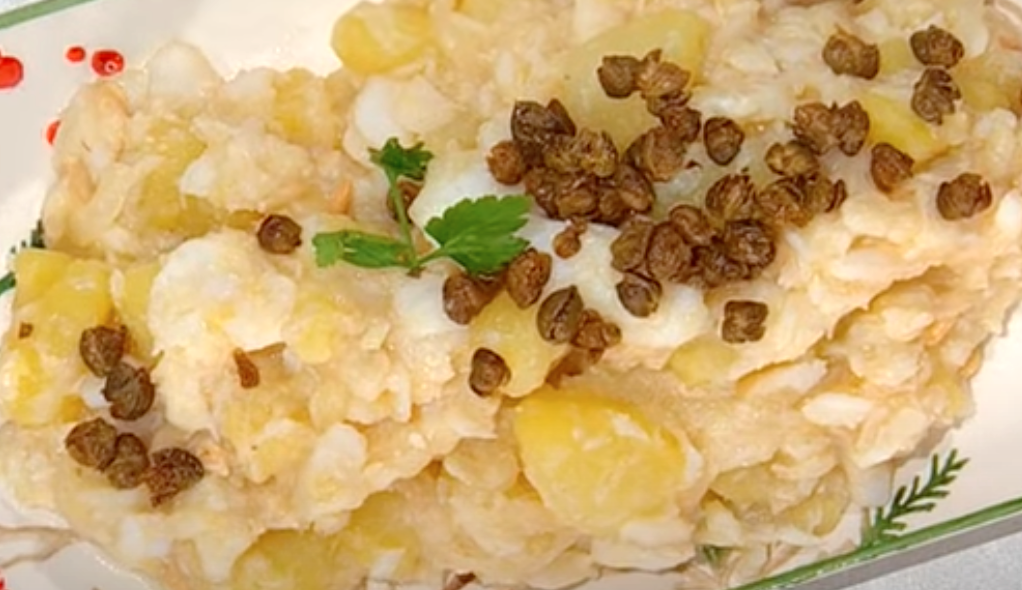 This funny word is not a curious tongue-twister, but it is the name of a typical (and delicious!) dish from the Italian region Liguria. Usually served as appetizer on toasted bread, it is composed by 5 different ingredients: the main one is stockfish, then potatoes, salt cod, pine nuts and extravergine oil of taggiasche olives. It seems that this dish used to be very popular among sailors as stockfish and potatoes, easy to conserve and cook, were always available on ships. According to one legend, the name is related to the action of mixing the food (“brandare”) during the cooking. The operation was traditionally carried out by men who helped each other in shaking the pot with their pelvis; hence the goliardic second part of the name (cujun means testicles).

The Ligurian version of Provencal cod

There is only one simple rule to keep in mind while preparing this dish: the amount of fish should be double of potatoes, in order not to cover the fish taste. This speciality, a variant of Provencal cod, a dish spread practically in every region of Italy with slightly different names and recipes.

Let the salty stockfish in the water for 2 nights, then cut it in big pieces. Peel the potatoes and cut them in big pieces too. Wash and mince the parsley. In a pot put the stockfish and the potatoes, and cover them with cold water. Let the water boil and cook for 30-40 minutes. The stockfish will be ready when it starts splitting apart. Drain it and let it cool down. Take off the skin and the fishbones: it is easier to do so after the cooking than before! While cleaning it, break it in pieces with the hands.

Mince the garlic, put it in a big pan and warm it up with some olive oil, minced parsley and pine nuts. Cover the pan with a lid and continue the cooking for one hour, while adding some oil from time to time. Put everything in the pot with the stockfish and mix often until the stockfish is completely slipped apart, add salt and pepper.

Serve it warm, lukewarm, or even cold on toasted bread. It can be stored in the fridge for 2-3 days, but it is not suggested to store it in the freezer.