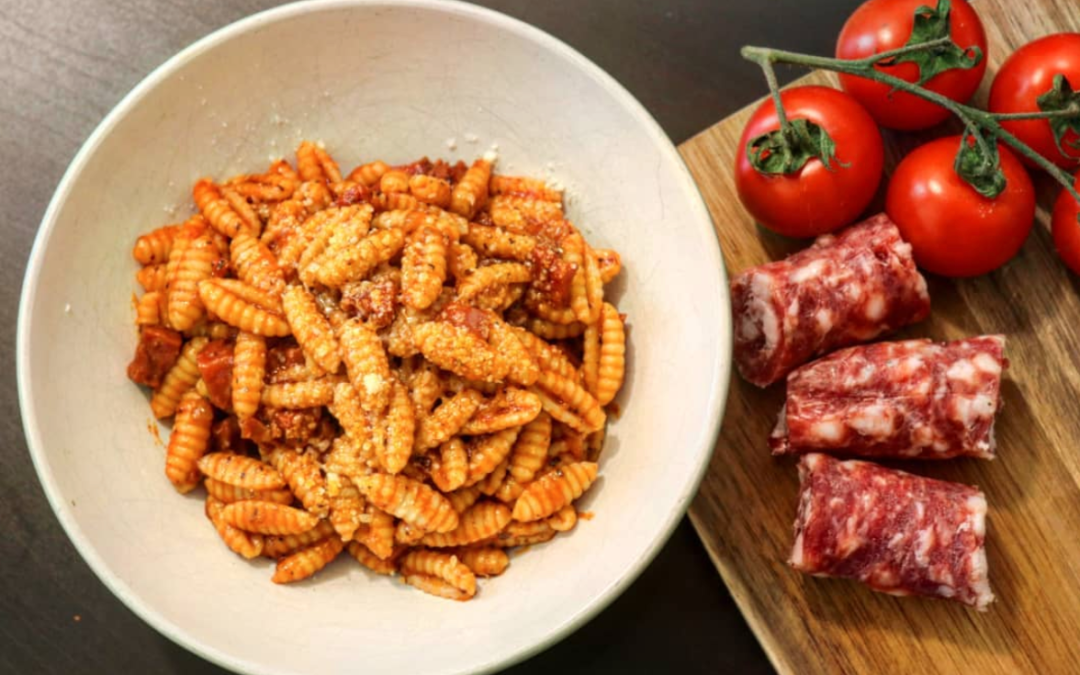 Let us have a taste of Sardinian tradition with Malloreddus, generally more known as “gnocchetti sardi”, which literally means “little gnocchi from Sardegna”. It is a typical and delicious food deriving from the Sardinian tradition, and they deserve to be tried at least once – you won’t regret it! The word “malloreddus” comes from the term malloru, which means “bull”. Therefore, “malloreddus” is a diminutive that has as significance “little bulls”. The name originates from the shape of the pasta, which reminds the figure of these animals.

Stars of every event – and for a good reason!

These “special gnocchi” are made from durum wheat pasta, they are more or less 2 cm long and they are easily recognizable by their stripes. Thanks to them and their internal cavity, they manage to “capture” more sauce, which makes them even tastier. They are the stars of most of the festivals and celebrations spent with family and friends in the marvellous island of Sardinia.

The first thing to prepare is the so-called “soffritto”: mince the onion and add it to a pan with some oil. Let it roast with low fire. Add to this pan the soffron, brown and amalgamate. Let it on the fire for 15 minutes. Then, add the tomato sauce and the salt, and let it cook for about one hour. In the meanwhile, add the Malloreddus in salty boiling water and let them cook. Once they are “al dente”, add them to the pan with the soffritto and the saffron. Grate the pecorino in a bowl and add some cooking water, blend and pour it in the pan with the malloreddus. Remember to add some grated pecorino at the top of the gnocchi when you serve! It will give an extra cheese taste.