Melanzane a pullastiello: Napoli welcomes you! 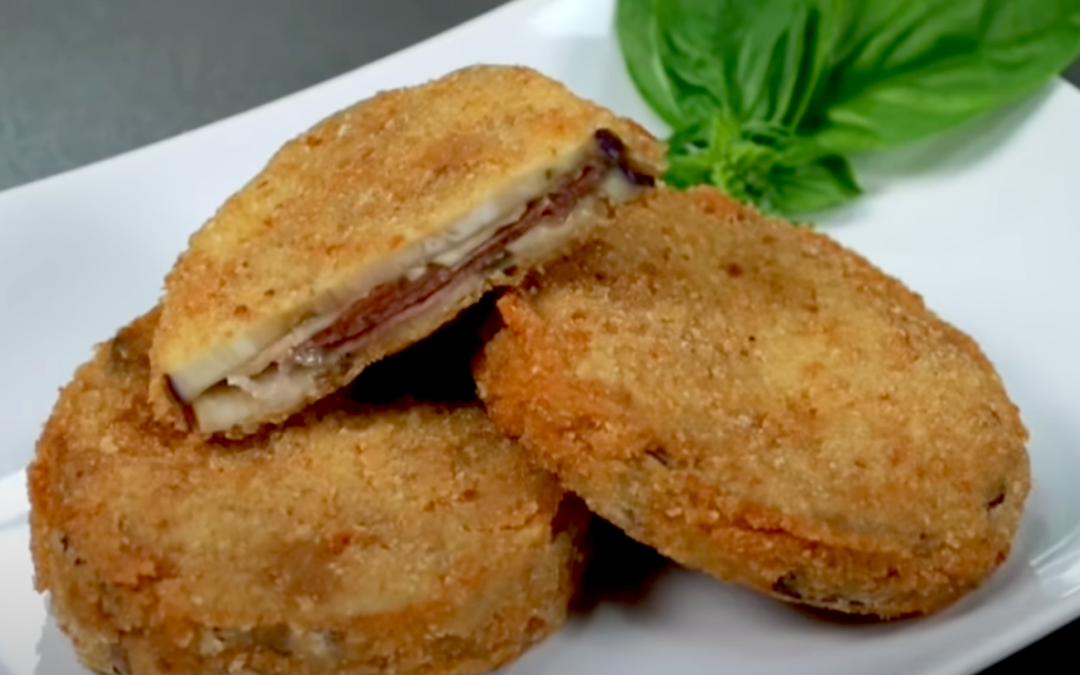 City of art, sea and… food!

Everybody is crazy about Neapolitan food, and there is a good reason for it. Among all the specialities that make this beautiful city one of the most visited by food lovers, we count not only the world-wide famous pizza, but also dozens of kinds of fried fish, casatiello, mussel impepata, rice sartù, infinite types of pasta, not to talk about the sweet dishes. Here we just mention babà, sfogliatelle and pastiera. Surely it is difficult to be on a diet in Napoli!

The recipe that we are going to suggest hereafter is “melanzane a pullastiello”. The protagonist of this course are aubergines: unsurprisingly, they will be fried. Surely this is not a light recipe, as most of the dishes from Napoli, and it better when served as main course. The preparation is not difficult and doesn’t take too long, the result will be loved by everyone.

It seems that this recipe was born in a Neapolitan restaurant called “O Pullastiello”, in which it was offered chicken (pullastiello means little chicken) stuffed with the same ingredients of the aubergines “a libretto”: eggs, provola, pecorino cheese, salami and ham. If you like daring, why not trying some other composition? Ham instead of salami, provolone instead of provola. And for a vegetarian version, you can replace salami with grilled vegetables.

Wash the aubergine, dry them and cut them in slices not too thin. Warm the olive oil up and, once it is boiling, fry the aubergines. Put the fried aubergines on some absorbent paper. Add the slices of salami and provola on the aubergines, then cover them with a second aubergine.

Beat the eggs and add to them salt and pepper. Cover the aubergines prepared with flour on both sides, then out them in the bowl with the beated eggs.

Warm the seed oil up and, once it is boiling, fry the aubergines. Once again, put them on the absorbent paper once they are golden. Taste them as long as they are warm, you won’t regret it!