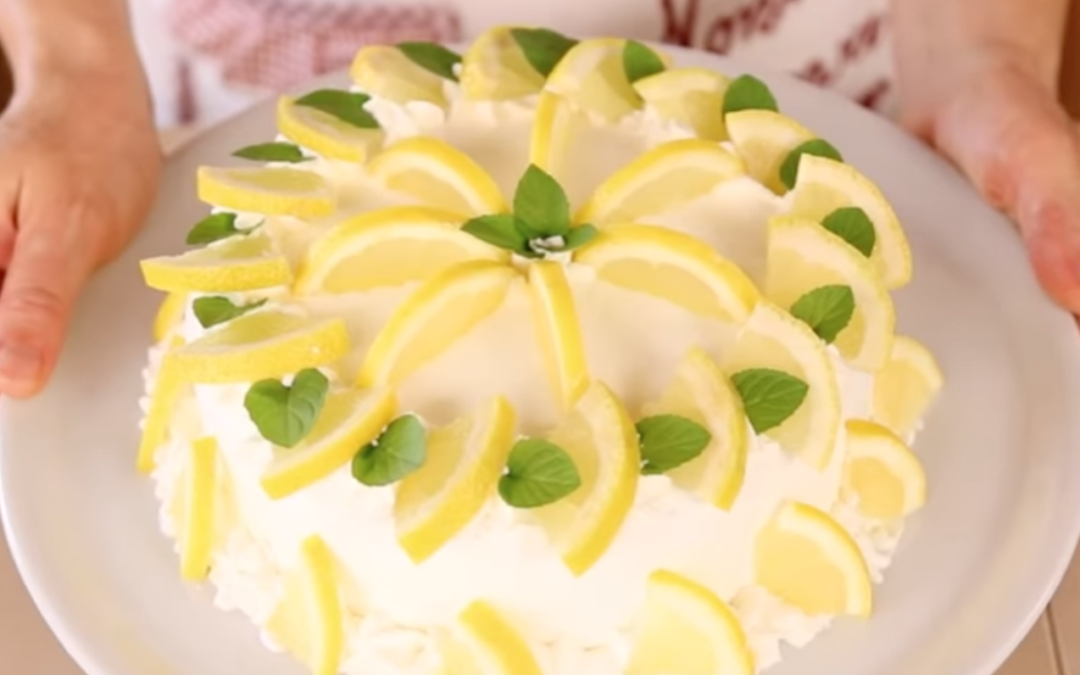 If you find yourself not knowing what dessert to order while on vacation in the Sorrento Peninsula this article is perfect for you. Knowingly called “Delizia al limone” this small lemon cake is perfect on summer days.

Its origins are 100% Italian, it was invented in recent years at the end of the 80’s by Italian pastry chef Carmine Marzuillo who is also a promoter of an economy that still characterizes very importantly the region of Campania. He once decided to experiment something new by adding a lemon liquor to a sponge cake, then covering it with some white icing. With this new creation he went to a local dessert contest and left everyone speechless.

Until the late years of the 80’s the lemon wasn’t really used for economic scopes, it’s value was close to zero, in fact, it was mostly used for other purposes such as disinfecting wounds and as a condiment. As this dessert became more popular also the lemon’s and limoncello’s roles were to become more known. Nowadays the lemon is the core of the economy in the Sorrentino Peninsula and with that also the limoncello became one of the most famous ingredients known in south of Italy.

Now on how to make it

Ingredients for the sponge cake:

Ingredients for the infused cream:

Ingredients for the syrup:

Ingredients for the lemon cream:

Ingredients for the custard:

Ingredients for the icing:

First, start infusing your liquid cream by adding onto a bowl your cream and the sugar. Peel the lemon zest using a potato peeler and add it to your mix. Cover the bowl with some kitchen film and let it rest in the fridge for 12 hours.

Start by putting the yolks on a kitchen planetary mixer and start adding your sugar. While mixing, grate ½ of a lemon’s zest and the seeds taken from the vanilla bean and let it stir for approximately 10 minutes at a moderate velocity. Then sift both the flour and the potato starch, when the 10 minutes are over combine them, add them to your mix and slowly stir with a spatula. Using a sieve, transfer the mixture into a formaflex mold (each sphere will have a diameter of 8 cm) lightly greased and bake in a static oven at 170 ° for 28 minutes. As soon as they are cooked and golden brown, take them out of the oven and let them cool.

In the meantime, take care of preparing the syrup with limoncello. First, as done previously, with the potato peeler, get the lemon peel. Then pour the water and sugar into a saucepan and add the lemon peels. Heat slightly, without boiling it, until the sugar has completely dissolved. Turn off the heat, add the limoncello and leave to infuse for at least 1 hour. Then remove the lemon zest and let it cool completely.

To prepare the lemon cream which will be one of the preparations that will make up the filling of the domes, obtain the zest of half a lemon. Then cut the lemons in half and squeeze them to get the juice. Then transfer both the juice and the zest to a saucepan and heat it until just touching the boiling point. In the meantime, place the egg yolks in a bowl together with the sugar and the vanilla bean. Mix immediately with a whisk and as soon as the juice begins to boil, pour it into the mixture of the yolks, stir and transfer back to the saucepan. Cook until it reaches a temperature of 80 ° (use a kitchen thermometer to measure the exact temperature) continuing to mix slowly with a spatula. At this point, transfer the cream to a bowl to prevent it from continuing to cook and remove the peel of the lemon. As soon as it reaches a temperature of 40 ° you can add the creamy butter and blend everything with a blender until you get a smooth consistency. Then cover with cling film and place in the refrigerator.

To prepare the custard, pour the milk and cream into a saucepan. Add the seeds of the vanilla bean, the pod, the lemon zest and bring it to just before the boil. In the meantime, pour the starch, sugar and salt into a bowl. Mix them well with a spoon and add the egg yolk. Mix quickly with a whisk until you have a homogeneous mixture. As soon as the milk and cream start to boil, transfer them to the egg yolks mixture, mix and bring everything back into the saucepan which you will transfer back to the heat. Cook, continuing to mix with a spatula until reaching a temperature of 85 °. Then transfer it to a low and wide baking dish, remove both the lemon peel and the vanilla bean, cover with cling film and leave to cool in the freezer.

Now to prepare the filling

At this point, take the cream that you left to infuse in the refrigerator, remove the lemon zest and whip the entire dose using the electric whisk. Then transfer 430 g of custard into a bowl and then add the limoncello. Using a whisk, mix everything together. Then also incorporate 280 g of your lemon cream, mix again, and only at the end add the last 300 g of whipped lemon cream. Stir again until you get a smooth and uniform compost, then transfer it to a pastry bag with a smooth nozzle.

At this point the various preparations are ready; you just have to compose the dessert. Gently remove the domes from mold; with the sac-à-poche pierce the base and stuff the domes with plenty of cream. The leftover cream will be used to make the icing. Transfer them to a tray and soak them with the limoncello syrup. Then place the domes in the freezer for at least 1 hour. So, take care of preparing the topping glaze. Take back the remaining filling and then add 300 g of whipped cream and mix everything. Then add the cold milk a little at a time and mix until you get a fluid and smooth consistency; you will have to adjust to the consistency of the cream to understand how much milk to add. At this point, dip each dome into the cream and transfer them to a plate. Decorate the delicacies with the remaining cream and lemon peel. Transfer to the refrigerator and let it rest for at least 6 hours before serving.