A delicacy straight from the sea: bottarga 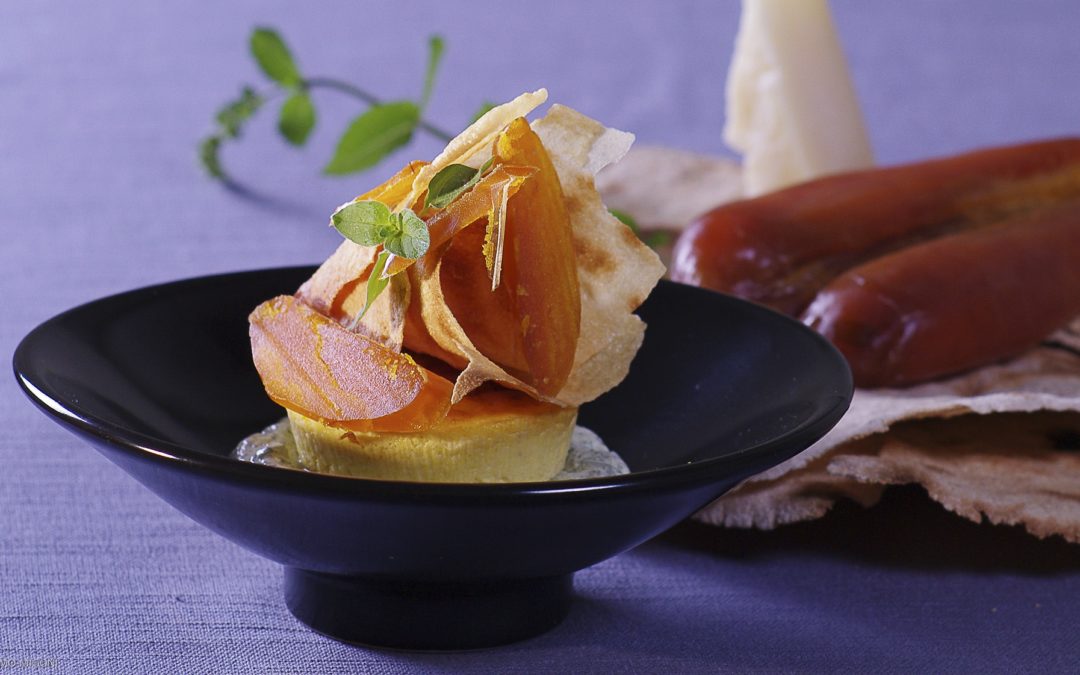 A modest start for such a bougie ingredient

The origin of this special food comes from Nile Delta, formed in Egypt in the 10th century B.C. Later bottarga spread its fame onto other countries although the name comes from Italian origins. The typical bottarga is produced in the Mediterranean Sea and other countries have learned to prepare their own version of it.

So, what is bottarga?

Bottarga is salted and cured fish roe, typically from the grey mullet or the blue tuna fish, both differ in color and in taste. For example bottarga from the tuna fish is definitely stronger in flavour. The process to make a bottarga is given to a master whose job is to extract the eggs from the female fish, wash and carefully salt and dry them with a traditional process. After being dried, the eggs are pressed and ready for seasoning.
This delicacy is mostly diffused in southern Italy, more specifically in Sicily, Sardinia and Calabria due to the perfect conditions in which the fishes are caught.
Each region has different ways of preparing the bottarga depending on many factors: the method in which the eggs are dried up, the age and quality of the fish and the humidity and salt percentages.

Uses and ways to prepare it

The bottarga is typically sold whole in Italian markets but you can also find it easily already prepared and ready for consumption, also in some supermarket or small shops.
Bottarga is rich in proteins and omega 3, that’s why it is mostly used as a topping for pasta and pizza recipes, but it can also be added to many appetizers or simply sliced and eaten on its own. An easy way to integrate bottarga to your dish is very simple even when you have the ingredient whole: just grab a grater and spread your bottarga onto your meal, yes, it’s that simple. This will add a salty and tangy flavor to your dish without overpowering the other ingredients.

A typical recipe: Spaghetti with Bottarga

Preparation:
Start by peeling your lemon zest with a potato peeler, then take the zest and cut it into thin slices and leave it.
Proceed to chop your shallot in very small pieces.
Now onto preparing the breading: on a pan add 20 grams of extra virgin olive oil in a pan and your breadcrumbs, let them simmer for a few minutes until they become golden brown.
Separately start to prepare the water to boil your pasta, being careful not to add too much salt because bottarga is already salty itself.
Meanwhile on a separate pan add 40 grams of olive oil and your shallot and stir them for 2/3 minutes later add your lemon zest and stir everything for a few seconds.
Add to your pan a ladle of pasta water and let it simmer for 10 minutes and at this point put your spaghetti to the boiling water. Halfway through the boiling process strain your pasta and add it to the pan to let it finish cooking adding some more water if needed.
Now grab a small knife and eliminate the external coating of the bottarga, once the pasta is strained and cooked put it on a plate and start grating the bottarga on top of it.
To finish off your recipe, add the breadcrumb mix to your pan and stir in order to blend all the ingredients together.
You are now ready to serve your spaghetti with bottarga!

Quick tip: if you like a more flavory taste try and substitute the breadcrumbs with chopped almonds!