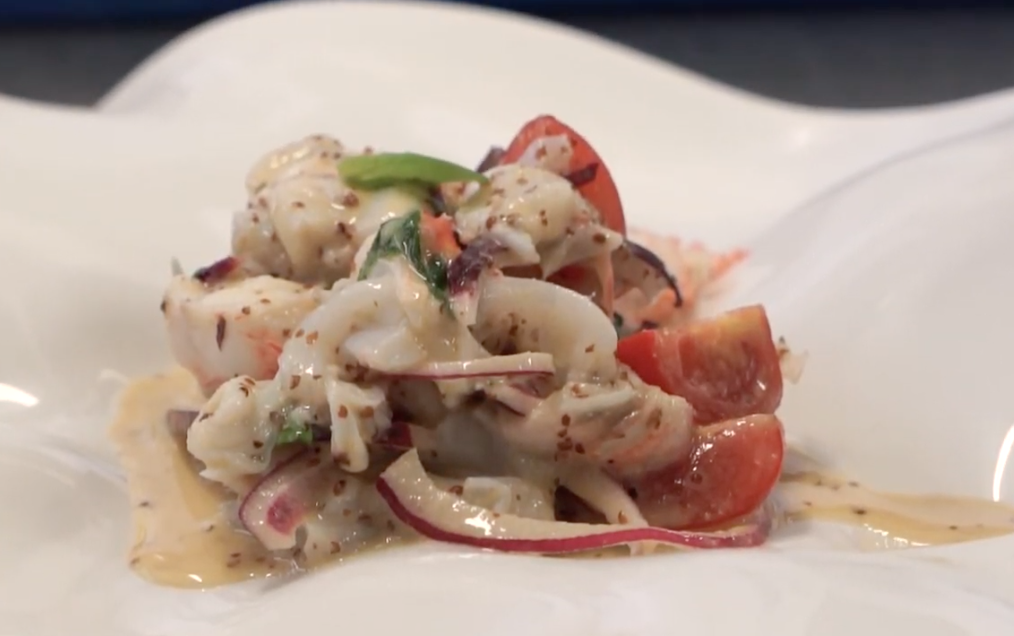 Aragosta alla catalana is a tasty and very simple second course. It is a very popular dish in Sardinian cuisine, especially in the Alghero area, the particularity of this dish is that it can be served both in summer and winter, possibly using freshly caught lobster, to enjoy an even better and tastier result. Aragosta alla catalana is, therefore, a recipe that reminds Spain but is typically Sardinian. It can be a hearty and fresh starter or a great main course to enjoy with friends. It’s not a very cheap dish, but it’s quick and easy to prepare. The original recipe calls for lobster covered in a sauce made with oil, salt, ground pepper, and lemon, and accompanied by a salad of red onions and tomatoes. Everything is mixed together and left to chill in the fridge for 4-5 hours before serving. The flavour of the lobster is enhanced by the cherry tomatoes and onion.

A bit of history and origin of the dish

It may seem like a typical Spanish dish, but it is a Sardinian specialty. The name comes from the Spanish domination of Sardinia, which lasted for centuries. Specifically, the Catalans occupied the island in the 14th century and Alghero still bears the traces of this domination, so much so that the city is nicknamed Barceloneta (little Barcelona) and preserves Spanish influences even in the language that is still spoken today as well as in some typical recipes.

In some variations of this dish, astice (a kind of lobster) is used instead of lobster. Generally, lobster, which has a more delicate flavour that should not be covered with other ingredients, is preferred for the preparation of cold dishes while the astice is mainly used for hot dishes and has a stronger and more decisive flavour. Other variations include a sauce made with oil, vinegar, and salt, diced boiled potatoes, ginger, or cognac. The main characteristic of this dish, however, is the simplicity of the ingredients, making it very easy to prepare.

Let’s start preparing our Aragosta alla catalana by dipping the lobster in a pot of boiling salted water and cooking it for about 20 minutes. After this time, turn off the flame and let it cool down inside the cooking water.

Meanwhile, chop the onions and let them soak in vinegar for 10 minutes, then wash and peel the tomatoes and cut them into small pieces. When the lobster has cooled down, drain it. Cut the lobster lengthwise and remove the flesh by cutting it into pieces. Place it on a plate together with the onions (well-drained) and the cherry tomatoes. Season with a sauce previously prepared with oil, lemon juice, salt, and pepper.

Once seasoned, let your lobster rest for a few minutes and then serve it, garnishing with blades of chives. Enjoy this delicious and tasty dish!