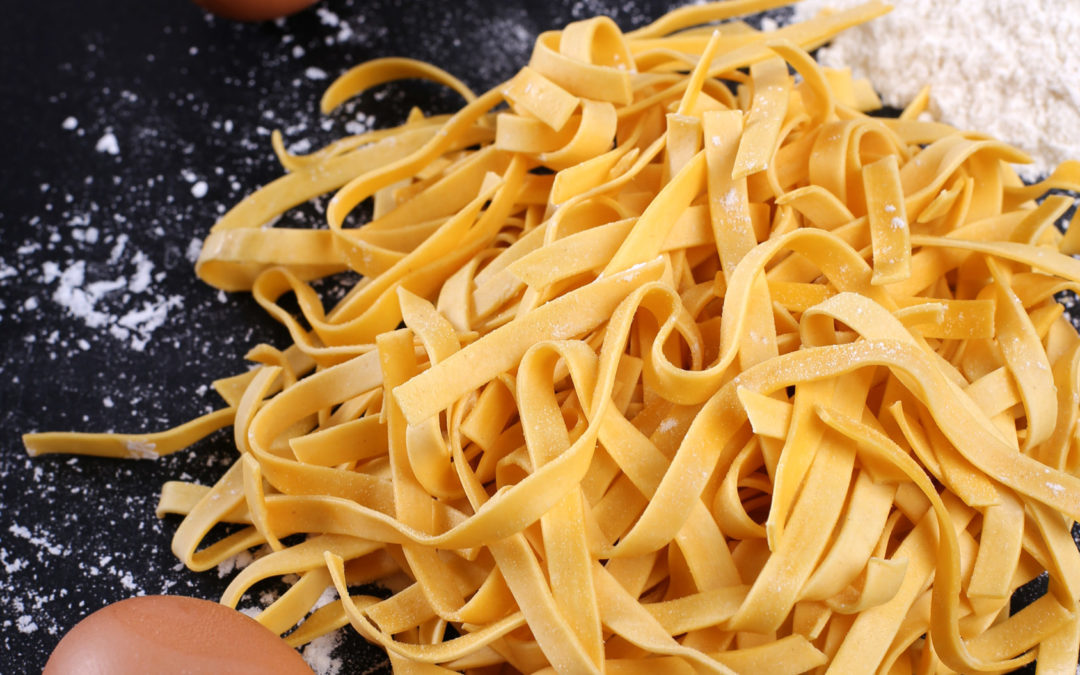 Fettuccelle and a bit of its history

Fettuccelle is a typical Italian homemade pasta. It’s originally from the central and southern Italy and It is made from a mixture of semolina and egg. Fettuccelle is part of the Fettuccine family and are mainly used in Roman cuisine to make great traditional dishes as for example Carbonara, Cacio e Pepe and other. The terms Fettucce and Fettuccelle are often used as synonyms, also with Fettuccine and Tagliatelle, for this pasta. The first term indicates a wider type of pasta and the second a narrower type. According to a Bolognese legend, the father of Fettuccelle is the personal chef of Count Giovanni II Bentivoglio, Zefirano, who in 1487 invented this speciality for the wedding of the daughter of Ercole I d’Este, the Lord of Bologna.

Some ways to prepare and eat Fettuccelle

How to prepare Fettuccelle at home

Let’s start putting the flour on the table and giving it a fountain shape and making a hole in the center. Break the eggs directly into the flour and begin to beat them with a fork gently then incorporate the flour slowly until you have the dough. Work the dough with your hands for about 10-15 minutes, always collecting the flour on the pastry board, incorporating it until you get a smooth and compact ball. Wrap the dough in cling film and let it rest in a cool, dry place for 30 minutes.

After this time, flatten the dough with your hands trying to give it a round shape, and begin to roll it with a rolling pin. The thickness of the final sheet must be about 3,2 mm and round. Dust the flour sheet, and start rolling it, rather narrow. Once the roll has been obtained, slice it into slices with a smooth knife. Now gently unroll the Fettuccelle simply by moving the rolls with your hands.

Dust the pastry board with the flour, and sprinkle the Fettuccelle, sprinkle with very little flour and cover with a cloth, making them rest 1-2 hours before cooking. Cook them in boiling salted water for about 5 minutes (cooking can also vary depending on your taste). Season your Fettuccelle as you prefer and enjoy them!