Sicily and its Pasta ‘ncasciata 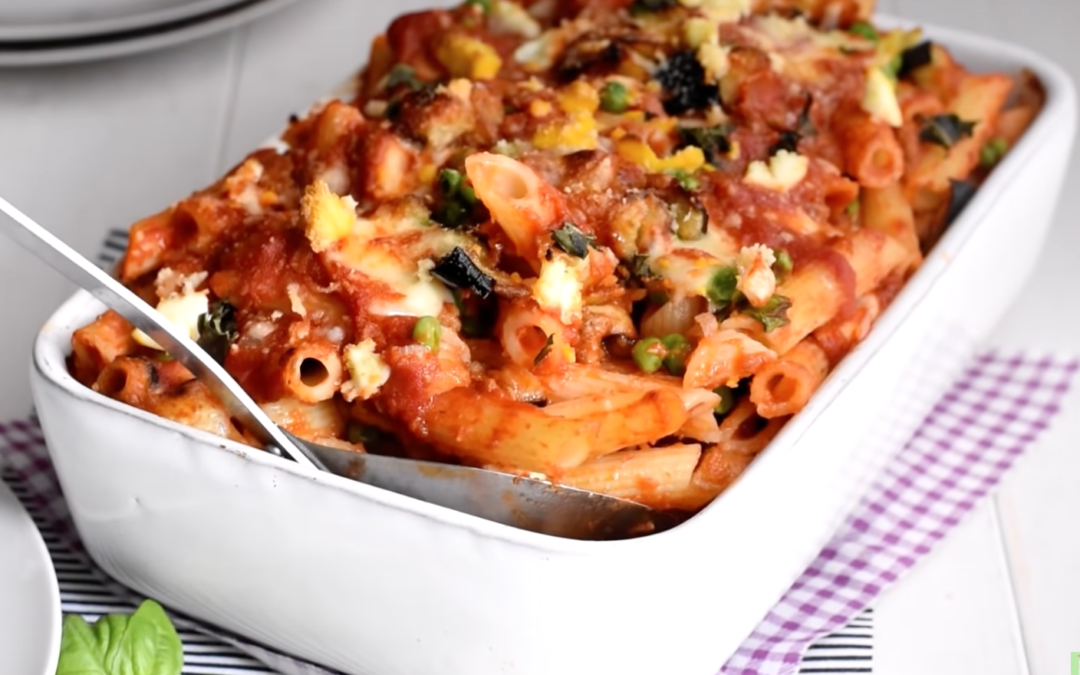 Pasta ‘ncasciata, from tradition to popularity thanks to Commissario Montalbano.

Pasta ‘ncasciata is the perfect dish to share and enjoy with family and friends. It is a baked pasta that works as a single dish, typical of the Sicily region. This dish is known not just in Sicily but around all of Italy thanks to the tv series “Il Commissario Montalbano” (the commissioner Montalbano). The starts of this recipe are fried aubergines (t would be great to prepare them the day before and then use them softer and drier) and the Sicilian Caciocavallo which is a soft, fresh, and stringy cheese. To make pasta even more substantial, people enrich it also with boiled eggs, ham, salami, and sausage. This is a recipe full of colours and flavours.

A bit of history of ‘ncasciata

The name of the pasta “ncaciata” comes from the abundant use of cacio cheese in its preparation. In ancient times, this dish was prepared in wood-fired ovens. The ancient method of cooking involved placing the casserole dish, in which the pasta was cooked, on hot coals and covering it entirely with the fire: ‘u ncaçio’, as it is said in Sicilian dialect. The roots of pasta ‘ncasciata date back to the 9th century BC, when the Arabs had taken possession of most of the island’s territories.

Pasta ‘ncasciata has a lot of regional variants, different in all Sicily’s province. The most famous are ‘ncasciata from Messina (prepared with ragù: minced meat browned with onion and wine) which is usually cooked for a traditional Italian festivity named “Ferragosto” on 15th August. ‘Ncasciata from Palermo (with tomato sauce), and ‘ncasciata from Ragusa (enriched with sausage, salami or ham). Another variant is the ‘ncasciata from Enna which is a bit different from the others because it is without ragù, aubergines, and caciocavallo. Instead of these ingredients, Enna’s variation is made with cauliflower and pecorino cheese (enriched with sausage and bacon and other ingredients).

To prepare our pasta ‘ncasciata, first of all wash and partially peel the aubergines with a potato peeler. Cut them into slices and fry them in hot oil. Drain on absorbent paper and set aside. Cut in pieces the boiled eggs, the caciocavallo, and the salami.

Chop the onion finely and brown it in a pan with oil. Add the minced meat, pour the white wine and cook it until the wine evaporates. Add the tomato sauce and adjust with salt, pepper and basil. Let it cook for 1 hour and a half on the middle flame. (After this time if you want you can add the peas and cook again for 10 minutes).

Cook the pasta in boiling water and drain it while it is still fairly raw (it will finish cooking in the oven). Put the pasta in a bowl and mix it together with the ragout and some pieces of aubergines.

Sprinkle a baking tray with oil and breadcrumbs and add the pasta seasoned in layers, alternating with aubergines, pecorino, caciocavallo, boiled eggs and salami. Finish with a layer of aubergines and pecorino cheese. Cook in the oven (preheated 190°) for 25 minutes (in the last 2/3 minutes turn on the grill). Take out the pasta and enjoy it still warm!