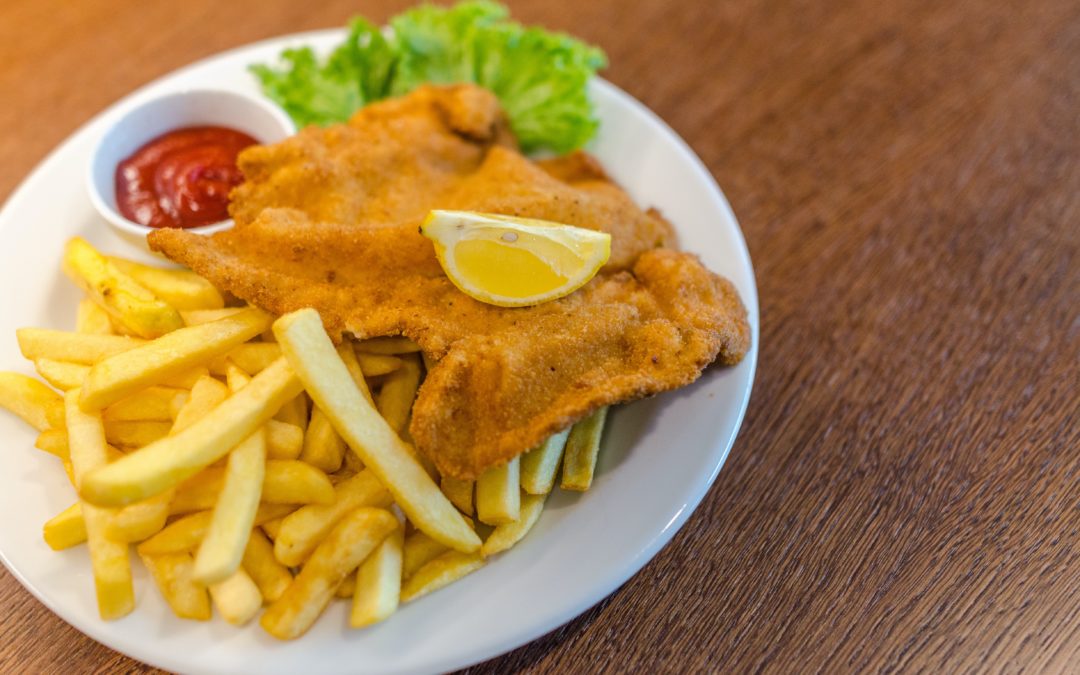 The Queen of Milanese cuisine

Cotoletta alla Milanese is one of the most known dishes from Milan’s cuisine, together with Risotto alla Milanese and Panettone. It’s an easy and speedy recipe, the symbol of the city of Milan, known all over the world. This recipe has a history that goes back a long way in time. Let’s see together its history and origin.

The history and the origin of Cotoletta alla Milanese

Also if the Austrian said that Cotoletta alla Milanese is a typical recipe of their tradition (Wiener Schnitzel), actually, this is an original dish of Italian cuisine. On 17th September 1134 was the name-day of Bishop Ambrose’s brother Satyrus. For the occasion, the canons of the Basilica of St. Ambrose were offered a banquet of rich dishes, including breaded and fried ribs. The name ‘cotoletta’ is from the Milanese dialect ‘cutelèta’, which in turn is borrowed from the French ‘côtelette’, meaning ‘cutlet’. It is in fact the rib of veal, not of pork: the only one that can really be rightly called the true Milanese cutlet. It is only in 1814, however, that traces of this term are found in connection with the dish. The recipe for Cotoletta alla Milanese, in fact, is made from the loin, and not the thigh, like the one prepared in Austria.

Each country has its Cotoletta alla Milanese

A lot of countries have their own way to cook and name this recipe, as for example Wiener Schnitzel  in Austria, the Tonkatsu in Japan, the Neapolitan cutlet with the addition of mozzarella and tomatoes sauce, Bolognese cutlet with the addition of ham and parmesan, the Milanesa in Argentina,  Korean cutlet similar to the Japanese one, Woodcutter’s cutlet in Sweden and Filipino cutlet also known as fried meat from the Philippines.

Let’s start removing all the fat from the chops and engrave them in 2 or 3 places. First, beat the eggs in a bowl with a fork, add the pepper and the salt. Dip the meat in the flour and immerse them, one at time, in the eggs holding them by the bone. Then immediately dip them in the breadcrumbs (placed in a large dish) and let them adhere perfectly.

Melt the butter in a pan on high flame and as soon as it has melted cook the cutlets one at a time, 8 minutes per side until they become golden brown. Place them on a plate covered with paper towels.

Season with salt before serving, garnish with lemon, and enjoy with a fresh salad, steamed vegetables, or chips.

Cover photo by Lukas from Pexels