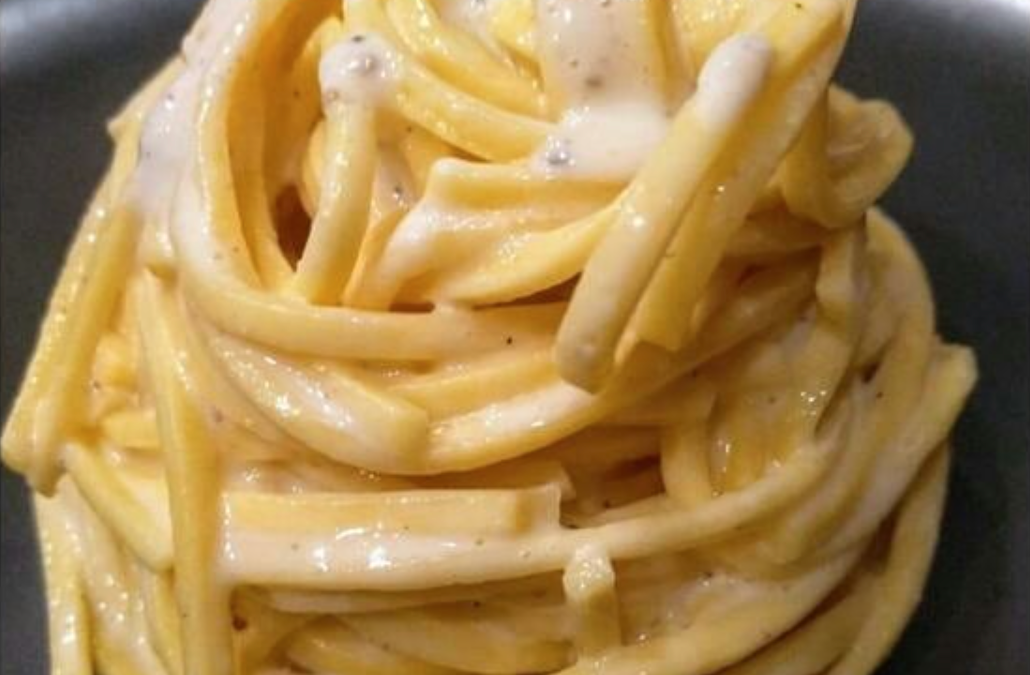 Cacio e Pepe, is one of the traditional Italian pasta dishes, created by shepherds in Latium. Even if it includes poor ingredients, the awesomeness in guaranteed!

Cacio e Pepe  is among the most famous dishes in Italy and specially in Rome. It’s like the Colosseum of the kitchen! Cacio e Pepe represents the greatness of the city of Rome with the reminder of its origins and the importance of raw ingredients. The origin of Cacio e Pepe, can be traced in the pastures, during the long journeys of the flock, the shepherds of the roman countryside filled their bags with caloric, long life food and among others like tomatoes, dried pork cheeks, there were slices of pecorino (cacio), black pepper, spaghetti, salt and flour. The reason is simple: the calories helped the shepherds. Pepper stimulates heat reactors and helped them with the cold, pecorino cheese can be preserved for a long time and pasta ensures the right amount of calories and nutrients.

The origin of the name Cacio e Pepe can be quite simple to understand: cacio refers to the Pecorino cheese used to make the creamy part of the sauce and pepe refers to the black pepper added to it. As you can see it’s a very simple dish, with “poor” ingredients but the result is a feast for the palate!

The recipe of Cacio e Pepe it’s very simple but the choice of the ingredients has to be very careful, in fact for the pasta is preferred the long one like spaghetti, but during the last years the trend changed. You can choose your favourite pasta to cook a perfect Cacio e Pepe: rigatoni, tonnarelli or penne. The secret of the recipe is the cream, made with boiling water from the pasta pot and the pecorino cheese. You SHOULD NOT use cream, oil or butter to create the sauce, otherwise you will be banned from Italy!