“Polpette”: a small bite for a big treasure 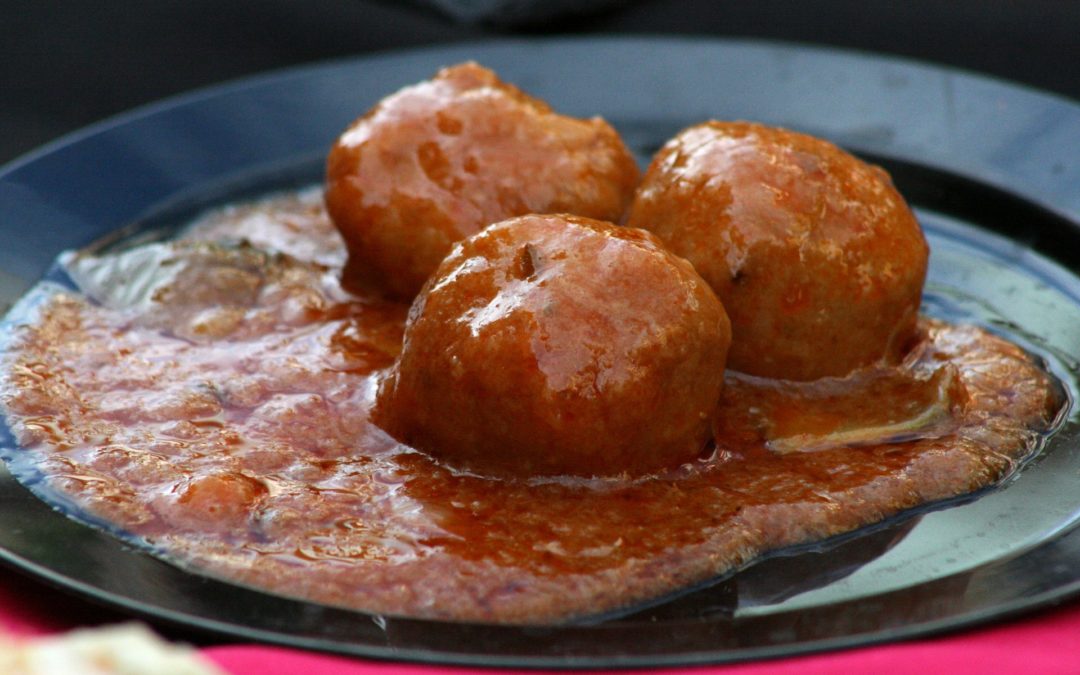 If you ask an Italian about meatballs, the answer will be different based on the taste, the region and the preparation method followed by their grandmas when they were kids.

The first time that the word ‘polpette’ (aka meatballs) appeared in the Italian culinary world was in 1400 when the most important Italian gastronomic writer Mastro Martino de’ Rossi wrote their first recipe in his De Arte Coquinaria. He started reporting not only the type of meat that should have been used to make them but also the cooking process.

As the book recalls, the ingredients were: veal, fennel, onion, spices, parsley, marjoram and lard. The first step of this recipe was, in fact, beating the meat, just before adding all the other ingredients to it. To give them the perfect polpetta shape, you should then oil the meat and roll it in your hands before frying the result in an equally oiled pan (not too much, to avoid dryness).

If the polpette tradition started with a very specific and meaty recipe, with the passing of time, they evolved in new and various types. Nowadays, their preparation can also involve ingredients like vegetables, legumes, tofu and others. They can be fried or even cooked in the oven.

Different types of polpette that you may wanna try in Italy

Boiled meat polpette: they were born in the region Lazio, specifically in Rome, and it’s one of the most ancient recipes of all. This version involves boiled meat mixed with onion and parsley and then simmered in a tomato sauce.

Octopus polpette: born in Apulia, they are a great alternative for all of you fish lovers. To prepare them, you’ll need some bread soaked in milk, parsley and cooked octopus; they can be fried or cooked in the oven.

Bread polpette: originally from Calabria, they are a really smart option if you have lots of leftover bread: all it takes is lots of bread soaked in milk, eggs, a mix of cheese and spices, make the round shape and then fry them.

Aubergine polpette: they come from the south of Italy, and the main ingredient is – of course- the aubergine. To make this type of polpette you will need to bled some precooked aubergines, garlic, eggs, breadcrumbs and spices. Once the polpette are done, all you need to do is fry them in hot oil. Our advice: they should be eaten immediately right after being cooked.

Polpette from Emilia: if we read the name we can imagine that this kind of polpette was born in Reggio Emilia, and its ingredients are mortadella, of course, that has to be mixed with pork, beef, eggs, lots of cheese, bread soaked in milk and thenrolled in breadcrumbs before they are fried or cooked in the oven.

Potatoes and bread polpette: born in Trentino-Alto Adige, their dough is made with mashed potatoes, bread soaked in milk, cheese, bacon, eggs, salt and pepper. Roll them in lard and cook everything in a pan with a small amount of butter.

Mondeghili: born in Milan, the ingredients are minced beef, salami, liver, bread soaked in milk, eggs with the whisked whites, cheese and spices. You wanna then fry them into red butter.

Granatine: they come from Liguria, and are really special because the ingredients are rice, vegetables, artichoke and fish. they can be cooked in the oven or fried.

Like these, there are lots of other polpette recipes that you can find online, have fun making them with your favourite ingredients!

Aaand.. talking about polpette, you should have a look at the Mondeghili recipe that MINI – Wine, Food and Cult Movies has prepared for the Kochkunst all’italian series (a project by Istituto Italiano di Cultura di Berlino)

Photo by EstudioWebDoce from Pixabay