The regional cuisine: Trentino Alto-Adige will not let you down 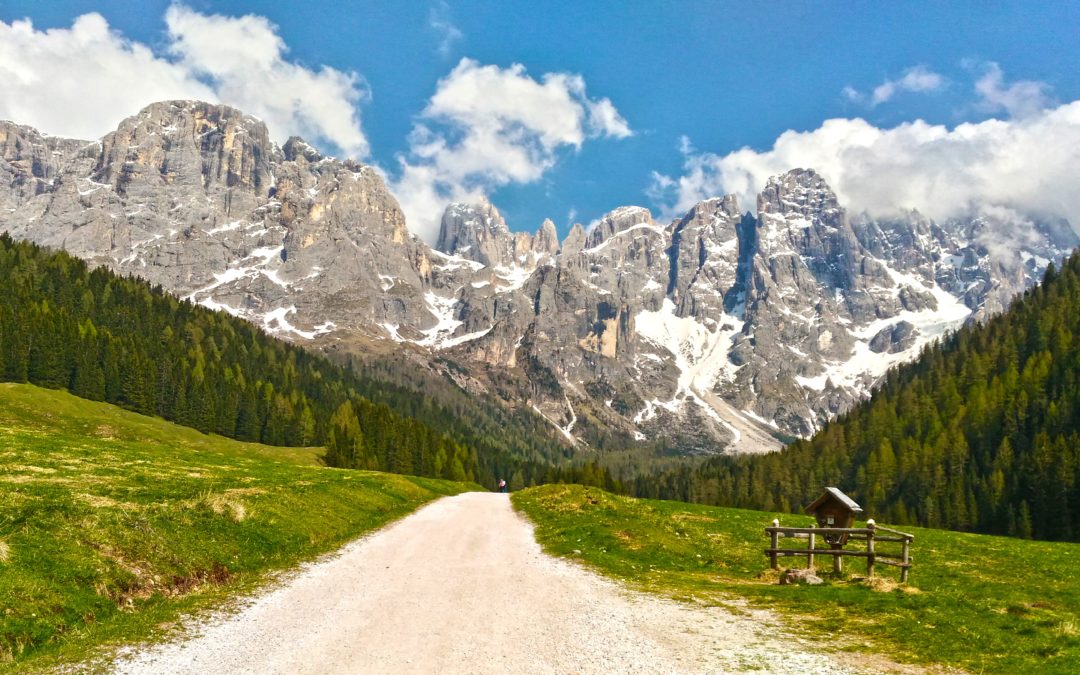 Let’s make a jump in the North of Italy and enter the magic region of Trentino–Alto Adige, an area characterized by hills, valleys, beautiful mountain ranges of the Alps and breathtaking landscapes.

It is one of the smallest Italian regions but at the same time, it is a land that offers so much tradition and culture. In particular, we have to mention the gastronomic one.

When we refer to the Trentino cuisine, one of the first things that appear in our mind are the apples, used to prepare various kind of cakes and traditional sweets.

They are grown in the large expanses of ‘Val di Non’ and ‘Val di Sole’ valleys. This fruit is not just a symbol for the genuine taste, but also for the wonderful landscapes of this region.

Let’s go to discover the salty tastes: a world of meats (in particular pork and game meat), cured meat (luganega, mortadella, speck, and ciuiga) and fishes from sweet water (in particular the trouts) are going to give you the right ‘welcome’ in this region.

The Trentino cuisine is mostly poor, this is because it is based on the use of simple and re-used ingredients (herbs, flour, potatoes, and old bread). At the same time, it is both rich in calories and in flavors, suitable to support a cold winter climate.

We open our menu with the unmissable ‘Canederli’: served in a soup or dressed with butter, it is a traditional first course composed of bread-ball, flavored with speck, pancetta, and various spices, and prepared with milk, eggs, and cheese.

The name of this dish comes from the dialect version called ‘Knodel’, the European way to re-use old bread.

As an alternative, we can choose the classical ‘gnocchi’: in this region, they are called ‘Strangolapreti’. The legend tells that these gnocchi based on old bread and wild spinach would have smothered a country curate, but luckily his perpetual saved him. The ‘Strangolapreti’ are served with a generous portion of Parmigiano or with some melted butter, flavored with onions.

If you are a soup lover, you can’t miss the ‘Orzetto’. It is a very hearty barley soup, perfect to warm-up and to fight against the cold temperatures of the alpine valleys during the winter season.

This first dish is prepared with peeled barley, chopped potatoes and with the bone of a pork shank or pancetta. If you think to get off eating just a ‘light soup’, this is not the case!

We now move to the second course. Ladies and gentlemen, here we are with Mr ‘capriolo’. Thanks to the strict laws of hunting, deer and stags are increasingly present in the woods. Following the tradition, the deer is served as classical stewed meat. The meat is marinated in red wine and flavored with the addition of celery, carrots, onions, pepper grains, bay leaves, and juniper berries. The dish is accompanied by corn or buckwheat polenta. We are sure that even the most demanding palates will be satisfied.

The traditional Trentino culture has been strongly influenced by foreign countries. Exploring the second-course menu we can also find the ‘Tyrolean Goulash’. The typical Hungarian culture has inspired also the people originally from this region. In Trentino Alto – Adige, this dish would be served with a generous portion of polenta.

Known and eaten as an appetizer or as a side dish in alternative to the classical polenta, we introduce you the ‘Smacafam’. We are talking about a quiche very appreciated in this region, whose dough is made by half white flour and half buckwheat flour. It is flavored with Italian sausage (lucanica) and pancetta.

We conclude our presentation with sweet flavors. In the dessert area, we can find some traditional sweets that for sure will find a little space in your stomach, even if you are already satisfied with your dinner!

We have previously mentioned the special apples originally from this region. The ‘Strudel’ is the main dessert of the region, and also the protagonist for the use of these fruits. In the traditional recipe, it is prepared with a soft and thin puff pastry filled with baked apples, pine nuts, currants, cinnamon, and various aromas.

Competing with the Strudel, in the dessert cart we can find the ‘Kaiserschmarren’, also known as ‘the emperor’s sweet pancakes’. We are talking about pancakes, similar to the French ‘crepes’, with currants and blueberries marmalade.

Another rival of the previously mentioned desserts are the ‘Straboi’ (or ‘Strauben’). These Tyrolean pancakes are characterized by a curled spiral shape. They are based on flour, milk, eggs and they are flavored with the Italian brandy.

We have mentioned just some of the most famous traditional dishes from this region.

If in your future travel plans there is also an authentic trip around the Trentino Alto-Adige region, one of the best ideas could be to stop in every restaurant that most attracts you.

Each cook has been handed a small part of the tradition of their family that distinguishes them. For this reason, we know that the cuisine of every restaurant puts some of their secrets while preparing the dishes. This could be a different spice, more cooking time or a different plating of the dish. In this way, you can try a unique gastronomic experience that can move your feelings, from place to place, as from dish to dish.

You can meet and know people while listening to their stories and improving your knowledge.

Every traditional dish has something magical to tell, the power of the diner lies only in being a good listener (or a good critic).