Meet the truffle, king of the kitchen 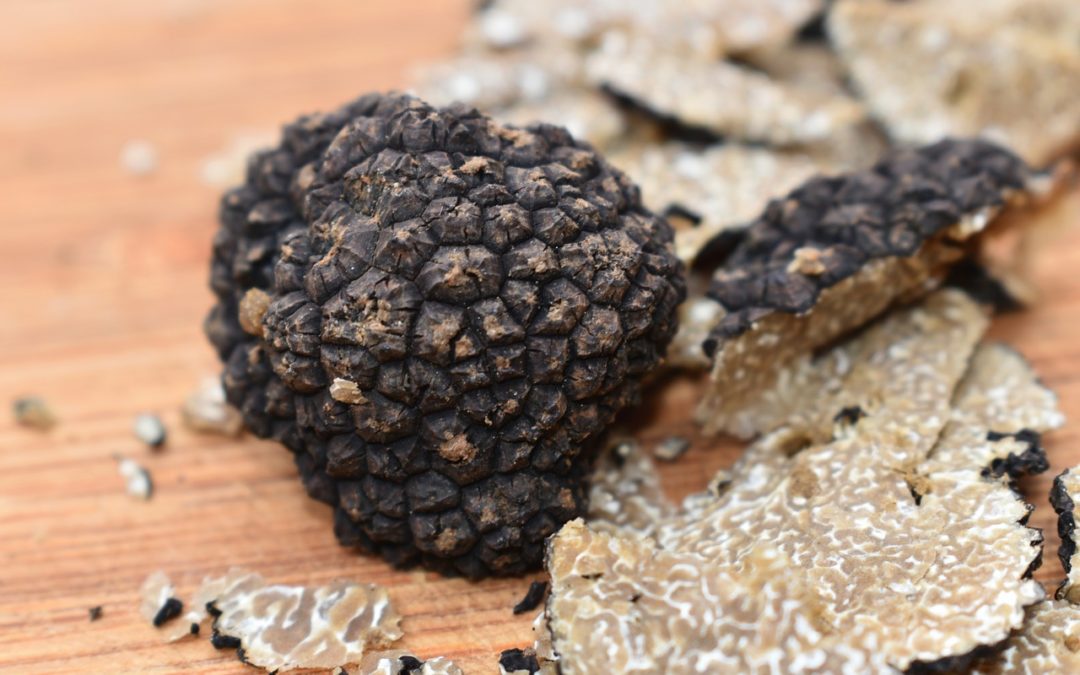 Truffle: a secret treasure hidden in the ground

Contemplated in antiquity as the food of the gods, with handed down aphrodisiac properties, the truffle plays a role as a true sovereign within Italian cuisine.

It was during the Middle Ages, especially in Italian noble courts, that the truffle became a product of excellence, starting to be used in different recipes. Besides the ambiguous etymological origin, the term “truffle” began to spread in Italy around 1600 as well as throughout the rest of Europe under various denominations. It was the historian Giordano Berti  who gathered information about the origin of the term truffle, which in latin was called “terra tufule tubera”.

What do we know about truffles?

But what do we know about truffles? It is the fruiting body of mushrooms, more specifically hypogean mushrooms, located underground and naturally develop around the roots of some species of trees including oaks and elms. The characteristic of truffles is that they have to live in symbiosis with these plants in order to produce that particular and refined aroma, thanks to the formation of the sporocarp, specifically the fruiting body producing spores.

The peculiarity of the truffle lies precisely in the difficulty of finding it and the cause is to be found in the fact that they are not products that can be cultivated so easily since their flowering is strongly linked to climatic and seasonal factors, for example in rather humid areas.

Truffles collection is not easy

Once grown, truffles are collected through the help of trained dogs by truffle hunters, which is why truffles are so expensive. The price then depends on other factors such as freshness, size, maturity and how many were collected in a given period. Just to give an example, the white truffle which is the most prized, is harvested only in the period from October to December, it stands at a price ranging from 3000 to 4000 euros per kg, while for a prized black truffle the price can fluctuate between 800 and 1800 euros per kg.

But it is precisely in the kitchen that they give their best. We go from carpaccio with mushrooms and truffle (very thin slices of meat), to bruschetta as to many first courses such as risotto or tagliatelle with truffles and finally, to the world of second courses such as beef tartare and rabbit.

There is a whole world of recipes with an intense and genuine taste that lend themselves to best enhance the goodness of this fruit that mother nature has to offer and it is our duty to respect them, by not wasting any of her products.

Here is the traditional creamy pasta with truffle recipe:

Procedure:
Boil water for pasta and put pasta in it. In the meantime wash, dry and grate the truffle.
When the pasta is almost cooked, heat the oil and butter with the whole garlic in a large non-stick pan, and remove the garlic; dip the pasta and the truffle, skip it for a few minutes and turn off the stove. Put the cheese and parsley, turn and serve.